skip to main | skip to sidebar

The crickets chirping in the emptiness over here at Jabberwocky has been the flipside of an incredibly busy life lately. Deadlines piling up – and, mortifyingly, sometimes shooting past. New projects taking up too much space in my head, let alone hours in the day. Too many nights sleeping on the couch – because I can’t turn down the volume on my brain enough to allow sleep in bed, but I can trick my body into dozing off if it thinks it should be awake.

I’ve had some wins in the work sphere, which is great. But every win seems to make me more anxious about the next task or goal, the potential for failure more loaded. Which makes it harder to concentrate on that task. Which makes it less likely I’ll complete it well. And I keep taking on too much work because I’m afraid to say no, afraid to miss out. Worse, I’ve been chasing work when I should be planning a rest, because I need to have done it. Because I need the adrenaline rush of a 'yes'. Each commission is another cotton-bud balm on my anxiety.

And the less I sleep, the harder it is to think and work efficiently; thus the more frantically my brain whirs through its to-do list at night. Depriving me of sleep. Making me more anxious.

Over-concentration on every detail is obliterating the big picture. The pinpricks of every task and every associated worry dance before my eyes and merge into a gauze of anxiety, blocking my internal access to the machinery of analysis and action. An afternoon is wasted fixating on an imagined slight. An evening passes with a tape of a recent social occasion running in the background of my brain, scanning for slip-ups. I am poised to take offence, my skin dangerously thin, nerves pulsing too close to the surface.

I need to press control-alt-delete. I need to reboot. I can’t.

I reached for a self-help book this morning. We all have our own version of self-help, I guess – the Bible, the Koran, Oprah Winfrey, psychotherapy. Different horses for different courses.

Something about my manic vulnerability today reminded me of an essay in Joan Didion’s Slouching to Bethlehem, ‘On Self Respect’. It provided the right kind of salve for me – a mixture of comfort and admonition, understanding and rebuke. The symptoms she described seemed to fit, so perhaps the definition did, too?

To do without self-respect ... is to be an unwilling audience of one to an interminable documentary that deals one’s failings, both real and imagined, with fresh footage spliced in for every screening. There’s the glass you broke in anger, there’s the hurt on X’s face; watch now, this next scene, the night Y came back from Houston, see how you muff this one. To live without self-respect is to lie awake some night, beyond the reach of warm milk, the Phenobarbital, and the sleeping hand on the coverlet, counting up the sins of commissions and omission, the trusts betrayed, the promises subtly broken, the gifts irrevocably wasted through sloth or cowardice, or carelessness. However long we postpone it, we eventually lie down alone in that notoriously uncomfortable bed, the one we make ourselves. Whether or not we sleep in it depends, of course, on whether or not we respect ourselves.

So, I thought, re-reading it. There’s my symptoms, pretty much. Or some of them. Maybe that’s my problem; maybe I should snap out of it, like Joan Didion would. Do what I can do, accept my failings and my achievements equally as my due, and move on from both. Rely on my own opinion instead of worrying over others’. Let my vision of myself be based on what I know I'm capable of, rather than how I'm performing in the outside world.

So I turned off all the internet-based social networking I was mechanically, joylessly surfing, put on a CD, cooked myself breakfast, then sat down to do some serious work. I thought about everything Joan Didion has achieved and how much more I could achieve if I was disciplined and focused and self-contained and able to block out the outside world. I did a very reasonable and thoughtful few hundred words before the anxiety kicked back in. And then I fled back to Didion's words for comfort, followed by writing this, in an effort to purge my anxiety by putting it on paper (or on screen).

To have that sense of one’s intrinsic worth which constitutes self-respect is potentially to have everything: the ability to discriminate, to love and to remain indifferent. To lack it is to be locked within oneself, paradoxically incapable of either love or indifference. If we do not respect ourselves, we are the one hand forced to despise those who have so few resources as to consort with us, so little perception as to remain blind to our fatal weaknesses. On the other, we are peculiarly in thrall to everyone we see, curiously determined to live out – since our self-image is untenable – their false notion of us.

... It is the phenomenon sometimes called 'alienation from self'. In its advanced stages, we no longer answer the telephone, because someone might want something; that we could say no without drowning in self-reproach is an idea alien to this game. Every encounter demands too much, tears the nerves, drains the will, and the specter of something as small as an unanswered letter arouses such disproportionate guilt that answering it becomes out of the question. To assign unanswered letters their proper weight, to free us from the expectations of others, to give us back to ourselves – there lies the great, the singular power of self-respect. Without it, one eventually discovers the final turn of the screw: one runs away to find oneself, and finds no one at home.

I’m going back to work now; internet off. Really. I believe in my ability, if not to immediately move on, at least to lock my neuroses away for an afternoon - and an evening - and get on with life, meeting it and my deadlines head-on.
Posted by Ariel at 3:44 pm

And as well as taking JD's advice, you worked out your own thoughts about it here. Brave stuff - sounds like you deserve a day (two?)off at some point to recharge though. Could make all the difference.

Thanks Genevieve ... yes, not entirely sure how wise it has been to post it, so this may disappear in the next day or so! But it did help ... and if JD can admit to phases like this, surely I can be as brave. I (along with my bookself) am my own therapist!

Warplan ... nice. Yes, a day or two off would make a big difference, I think. (ctrl+alt+del)

You'll be fine. Having too many opportunities, stuff to say 'yes' to and think about is actually not a bad thing, once it's under control.

....and thanks for sharing - it makes the rest of us who have 'been there' not feel as bad!

Me again - the previous comment wasn't meant to be pithy or patronising - I *have* been there, but haven't been able to describe it as well as you or be smart enough to seek out Joan Didion....

There are guides for every difficult passage, and Didion is great. The way I understand it, is there's a dial for stress. Too little and we're listless. The needle hovering in the middle is best. But we can get in the Red and and system can start shutting down. Anxiety flares, insomnia, headaches, etc, etc all begin happening in that Red zone. So I don't think it's about self-respect. It's about understanding that you're a human being, which means organic, seasonal, vulnerable, instinctual, emotional... And it means finding time away even from helpful sources like Didion, because you need to get away from the pressurized experience of crafted words. And I don't mean two days off and then right back into it. I mean an hour long walk every day, swimming, a yoga ritual, enjoying your time in the kitchen with the basic ingredients of physical nourishment. I mean, don't treat yourself like a word calculator or thinking machine. I don't want to be overly simplistic but these are some of the things that have helped me when I've started living in the Red.

Kath - not pithy or patronising at all. And you're right; it's much better than the alternative. Finding a way to control it is the key.

AS, you have an excellent point. I think there are two things going on here - one, at a deeper level that if addressed would help me deal better with high pressure, is that issue of self-respect (and courage of your convictions) and learning when to stop worrying, when to let go, and when to flick the switch before an anxiety even gets buzzing (ie. in replaying social situations).

But a huge part of it is in fact what you say - finding an everyday counterpart to 'the pressurised experience of crafted words'. It's easier in some ways in the half of my life that my son is with me, because that forces me to step back into another sphere. And walks, cooking, swimming ... all good ideas.

Thanks to you both.

Wow, Alec, beautiful. Could stand as a post on its own.

Thanks Genevieve. I've spent some time in that red zone, and I suppose I could write a post, but I'm not as brave as Ariel.

Thanks ASP for the heads up to here. The way I see it, you need to know your triggers and avoid them, and know your recovery processes and have them in your back pocket. The journey is learning them, but knowing that it's also ok to simply acknowledge it for what it is. Works for me.

If you are looking for an academic writing service in US, you can never go wrong with WritePaper.Info , where essays are available in a wide range of subjects, and academic levels from high school to PhD level. 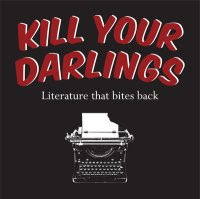